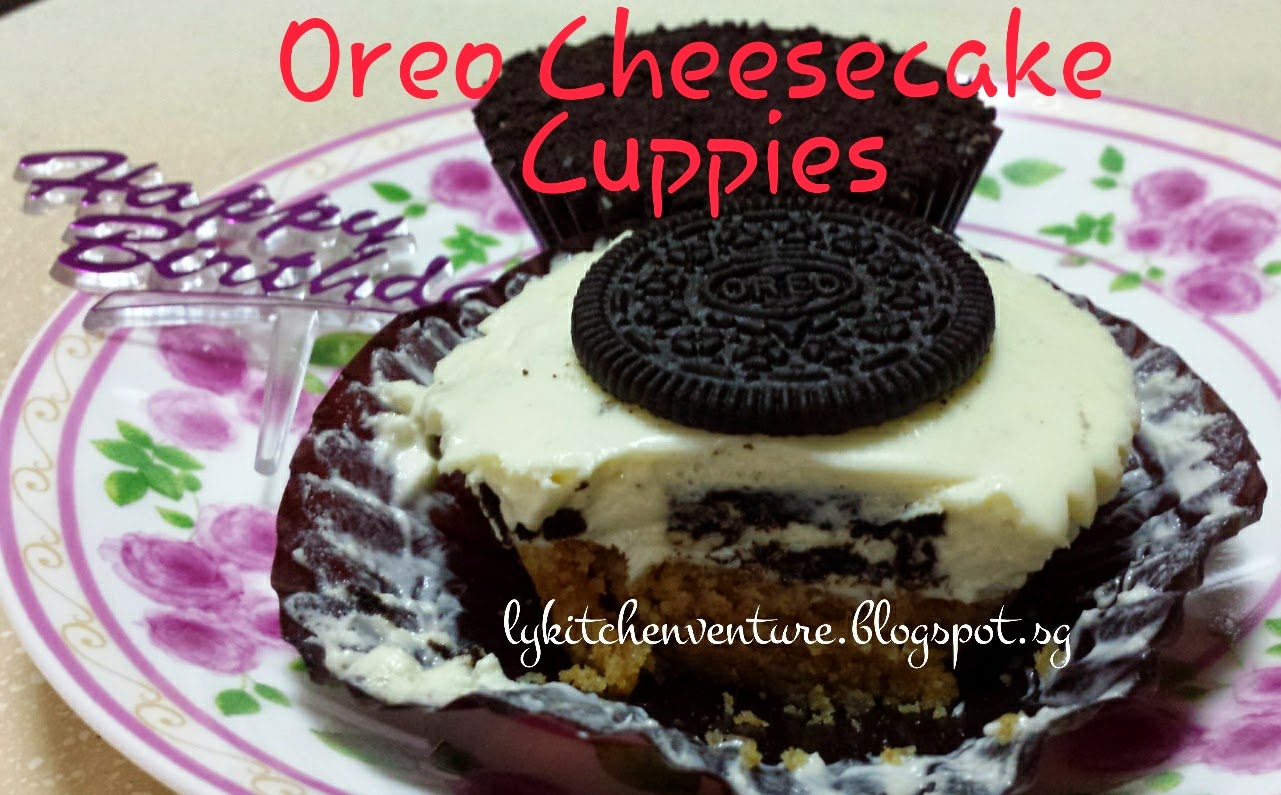 Happy Birthday to me! Made this simple and easy non-baked Oreo Cheesecake Cuppies for myself. :))

I kind of 'agar agar' the amount of ingredients for this. I've previously made non-baked chilled cheesecakes and tarts. This is the first time I'm making it as a cupcake.

For support and to hold its shape, I put the cupcake liners into cupcake moulds like I did for the Steamed Cheddar Cheesecake Cuppies made previously.
I initially planned to have it all in the form of cupcakes, but changed my mind after scooping the crushed digestive biscuit mixture into the first few cupcake liners. Instead, I decided to make a 6" round cheese tart and the balance into cupcakes. I basically halved the ingredients prepared for the crust and filling for the tart and the other half for the cupcakes. Thankfully my estimation was relatively correct. Phew!! Only thing was blur me forgot to replenish gelatine powder. It was aready late at night and the supermarket has already closed.  I decided to just proceed without this ingredient and prayed that the whipped cream and lemon juice added will be enough to help set the cheesecake.
I'm ever so thankful...the cheesecake was able to hold its shape when I unmould (though it starts to soften a little after it's out of the fridge in my hot, hot house after a while). But as long as it's served immediately out of the fridge, I think it will be fine.

Darling hubby and daughter gave thumbs up. It is soft, creamy and the addition of lemon juice helped to add tartness and depth to the taste! Love it! 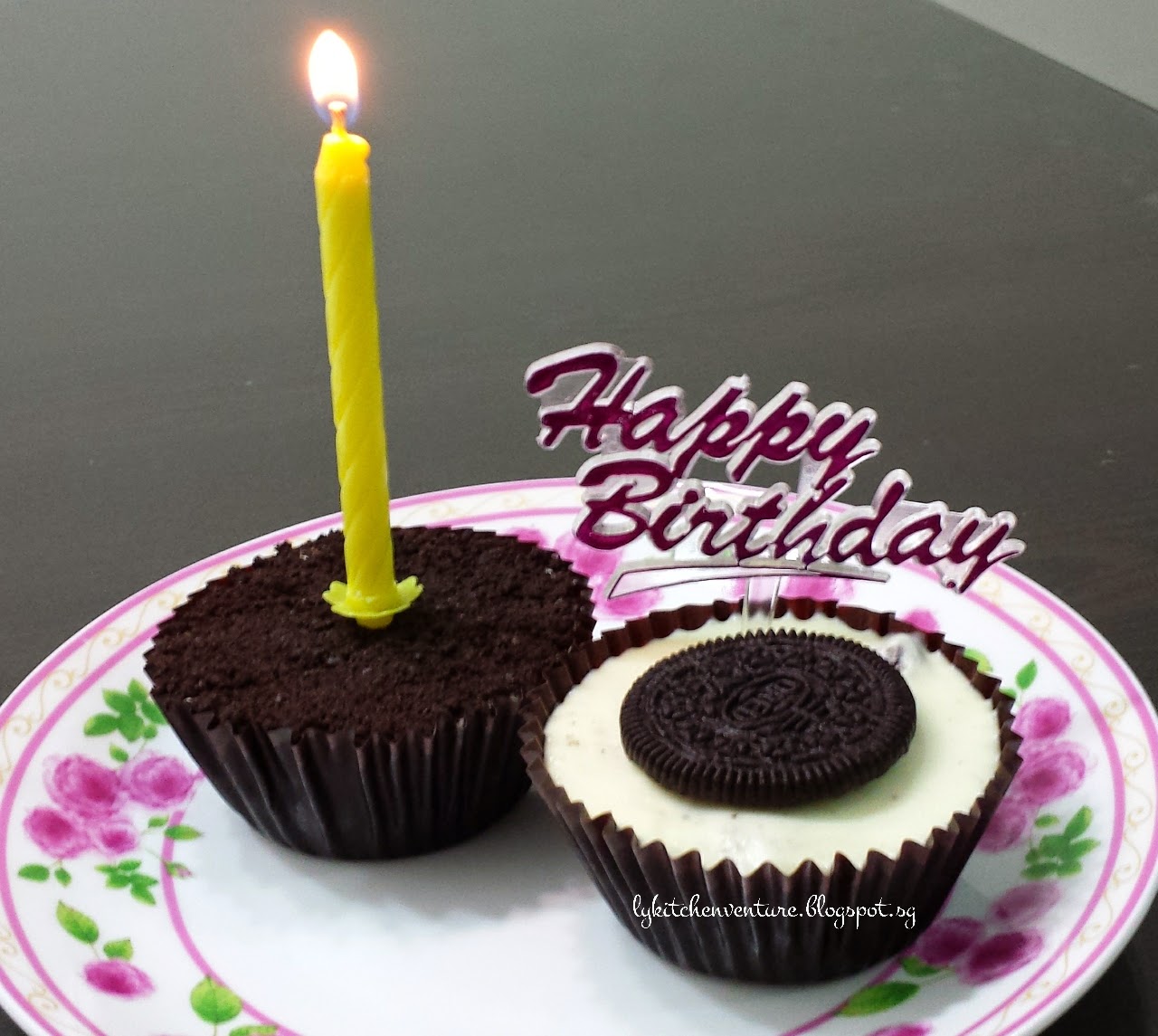 Method:
1. Mix biscuit crumbs and melted butter together and press firmly with the help of the back of a spoon onto the base of the tart pan and cupcake liners.

Method:
1. Whip the dairy whipping cream till stiff and set aside in refrigerator.

2. With an electric mixer, beat cream cheese and sugar until smooth and creamy. Add in lemon juice and vanilla extract and continue to beat until well mixed.

3. Fold in the whipped cream to the cheese mixture and mix well.

4. Mix in the crushed oreo cookies and lightly stir to combine.

Method:
1. Scoop the cheese batter into the prepared tart pan and cupcake liners. Smoothen and level the top.

3. To serve, sprinkle some finely crushed oreo cookies (without cream) on top of the cheesecake.