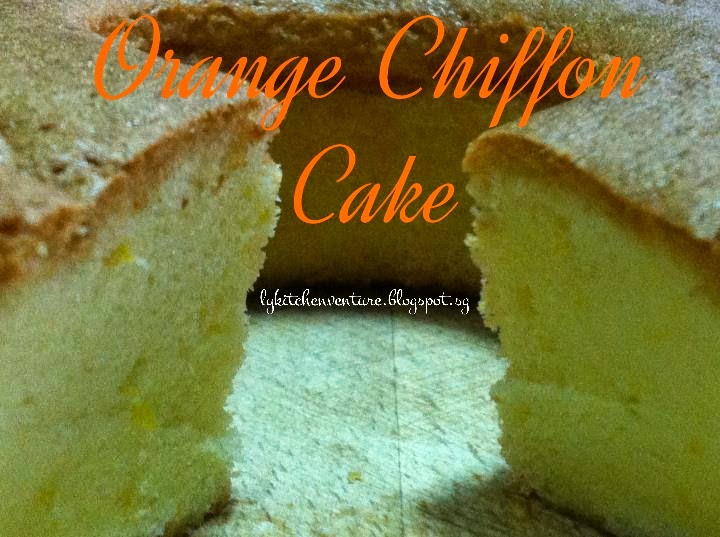 I didn't have a chance to take better photographs as these 'orange columns' were gone literally minutes after I've sliced them. Yes, they tasted really good, even though they didn't appear very enticing.

I think the orange gave the chiffon cake a really refreshing lift and it was such a light and fluffy cake. Makes a terrific afternoon snack anytime!

3. In a mixing bowl, combine egg yolks and sugar. Then mix in oil, orange juice and orange zest. Mix well.

4. Fold in flour mixture until incorporated.

Beaten egg whites
5. In a clean and grease-proof mixing bowl, beat egg whites and cream of tartar until foamy.

6. Add in sugar and beat at high speed until stiff peaks form.

8. Pour the mixture into an ungreased 23cm tube pan.

9. Bake in preheated oven at 180C for 45 minutes or till inserted skewer comes off clean. (I will bake at 160C for 40 minutes the next round)

11. Unmould cake only when completely cooled.


Do link back to LY's Kitchen Ventures if you have used any information published in this blog.


I'm submitting this post to Bake Along #64 organized by Zoe of Bake for Happy Kids,Joyce of Baking Flavours and Lena of Frozen Wings. 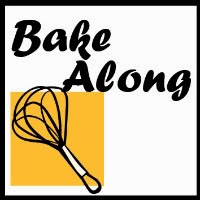