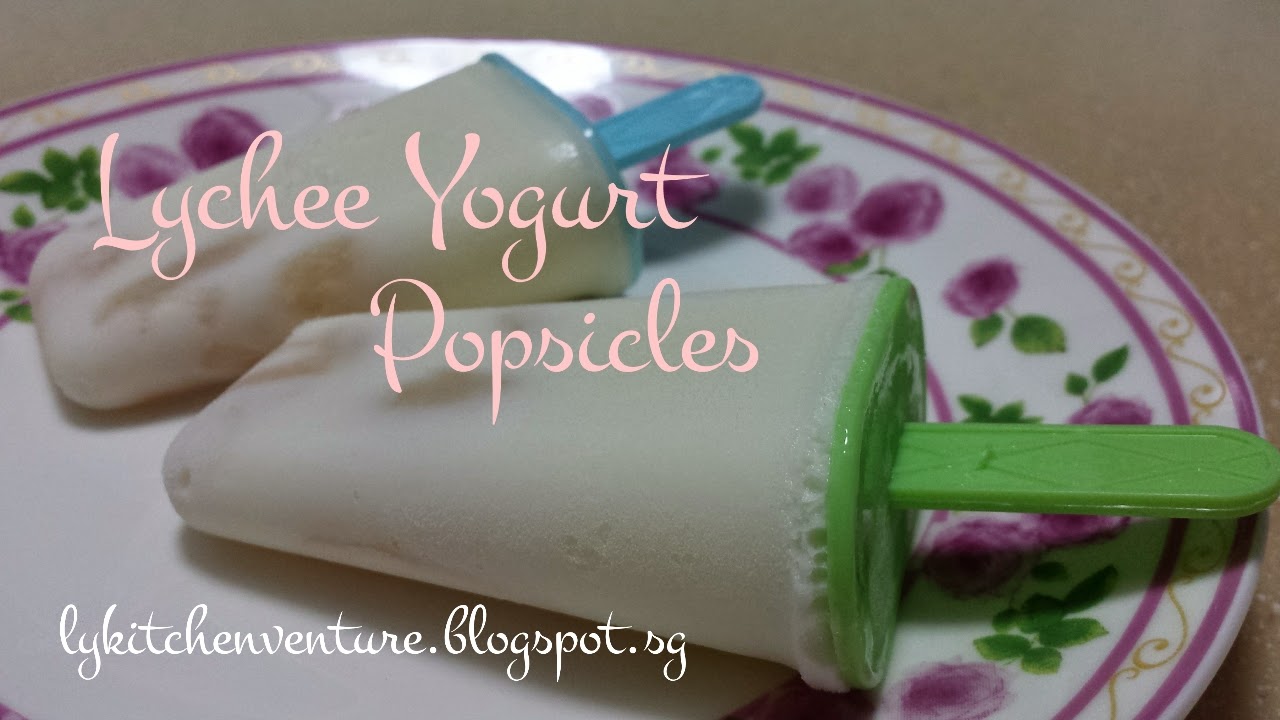 I have been procrastinating...I had promised my girl that I will make a popsicle with her 2 weeks ago when she saw a FB posting of a fruit popsicle. She reminded me again a few days back and I finally made a Lychee Yogurt Popsicle with her. 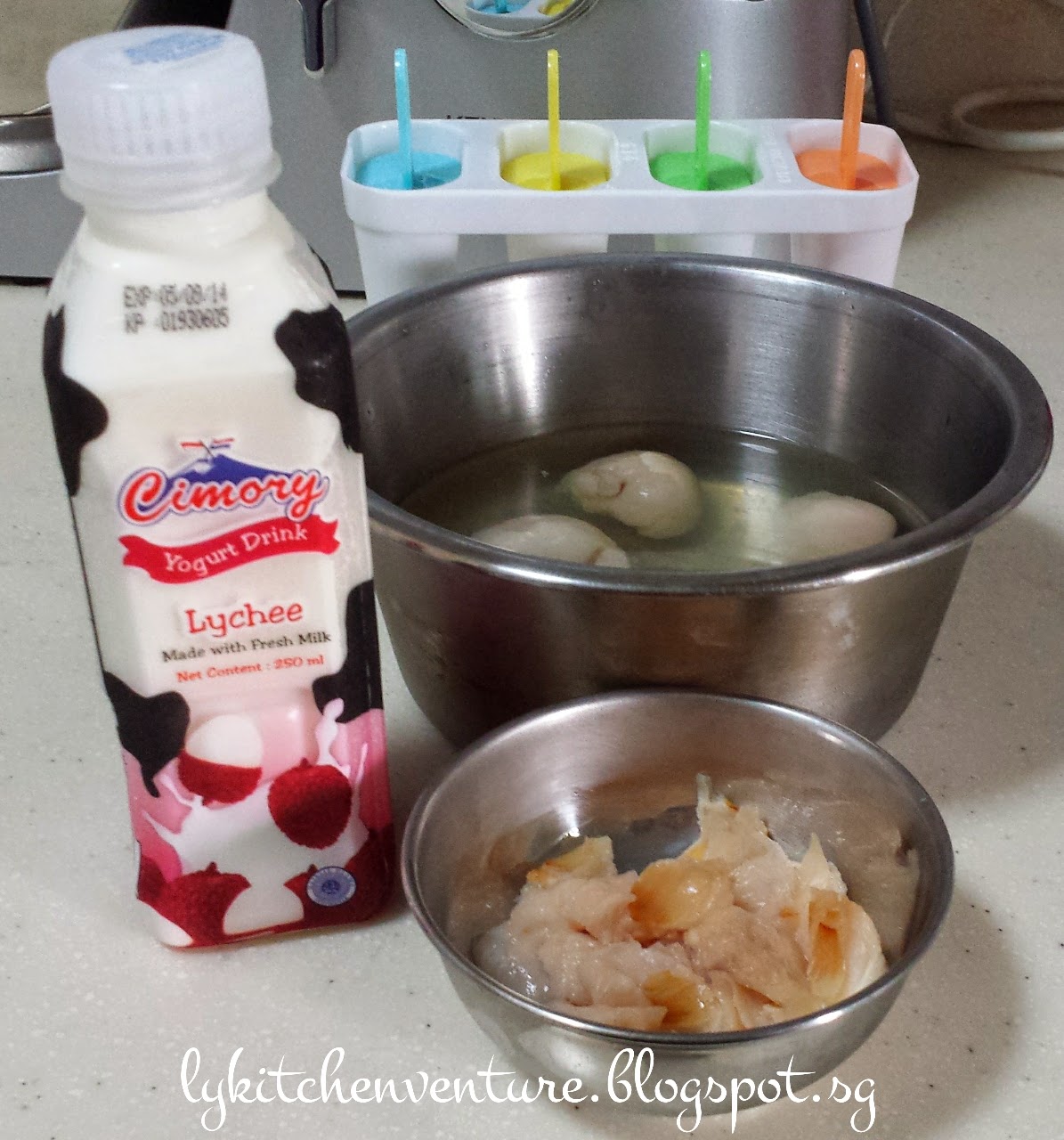 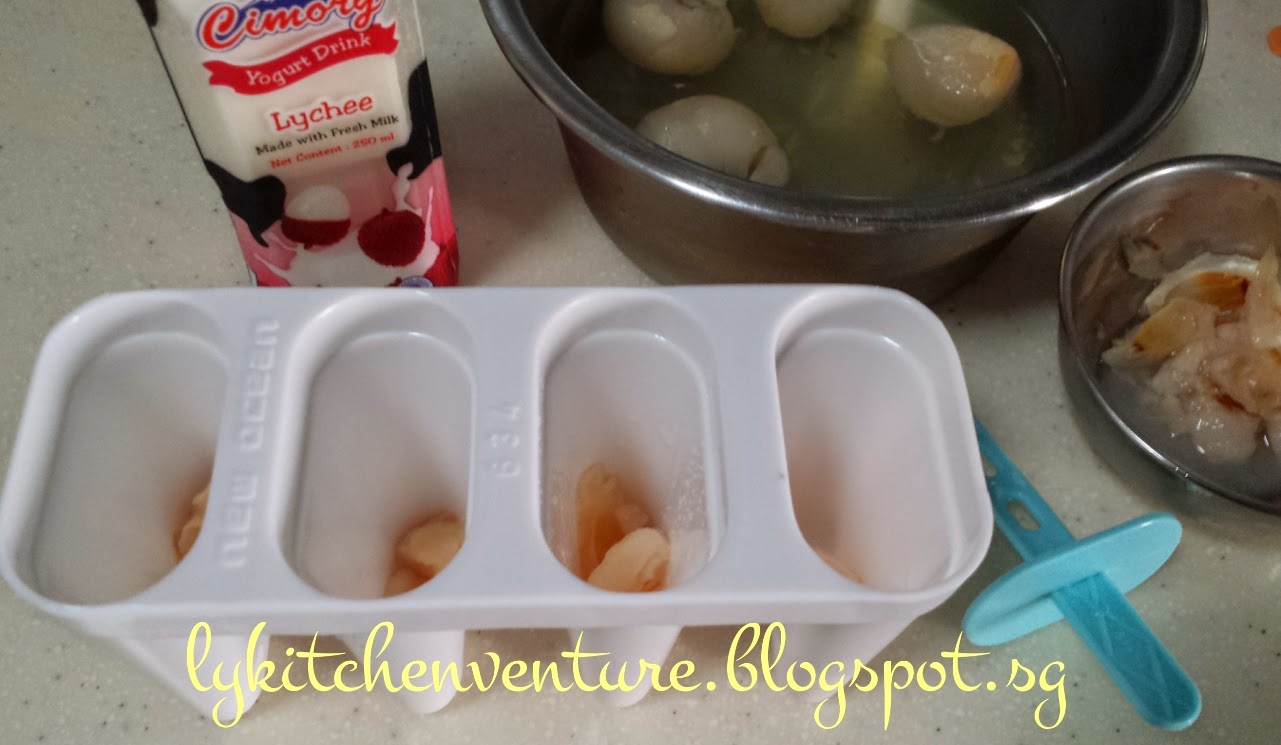 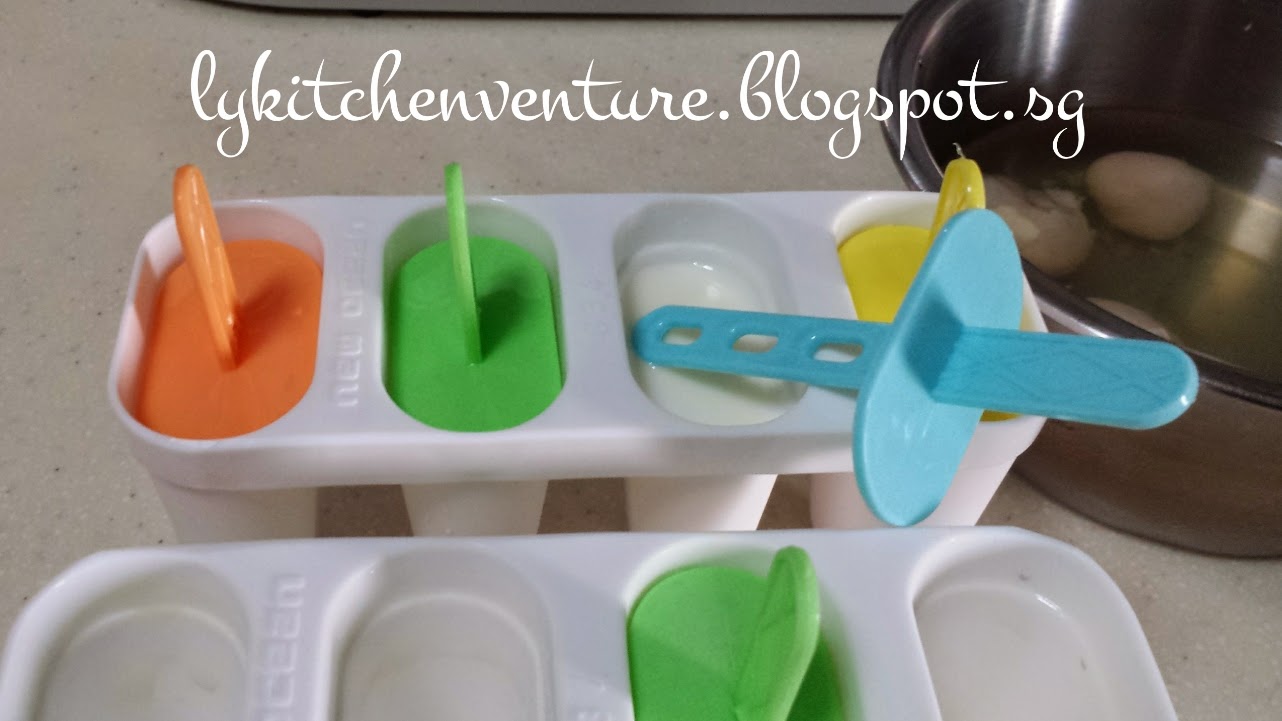 2. Fill the mould with the lychee yogurt drink.

3. Cover with the lid and chill in the freezer for at least 6 hours.

4. When ready to serve, run the sides of the popsicle moulds under running tap water and then pull each popsicle out gently.

Note:
For a creamier and richer texture, you can mix in a little greek style yogurt to the lychee yogurt drink before pouring into the popsicle moulds.