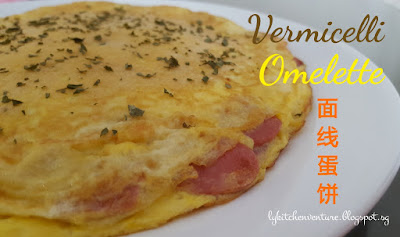 For me, vermicelli is usually prepared either dried or with soup as a meal. Other than being a meal itself, I've never thought it could be made as a snack or side dish.

It was a lazy day and a lazy mom (that's me) who was just too tired and lazy to cook anything fanciful started to have a bright idea and decided to make an omelette with vermicelli. I just took whatever I found in the fridge and dumped them in the frying pan and the outcome was something that I would never have imagined. Even my girl gave me her thumbs up after one bite! She loved it so much that she had made me promise to cook this again soon.


Not only is this quick and easy to make, I personally think it can be eaten as a quick meal, a snack or served as a side dish! There is also no rules on what ingredients to use. You just add in whatever you have and like! It's really fuss free and as easy as ABC! 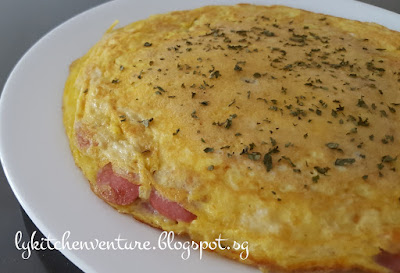 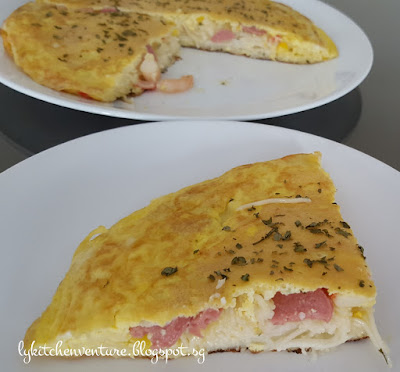 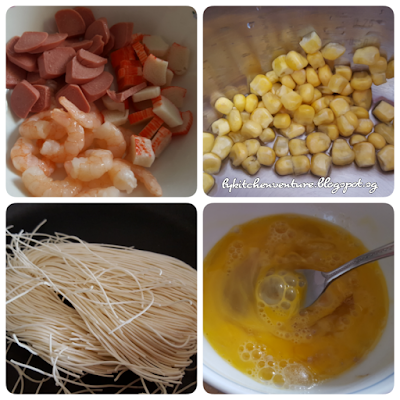 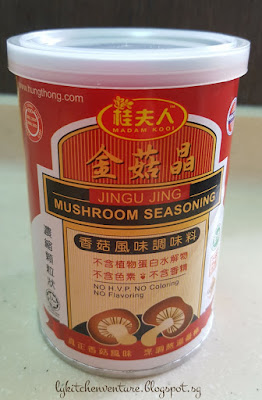 Method:
1. In a pot of boiling water, do a quick dip to the vermicelli and corn kernel for 1 minute. There is no need to boil till fully cooked as these will be fried with the eggs later on. Drain and set aside. 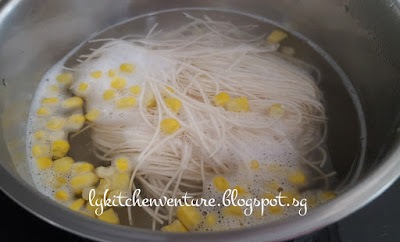 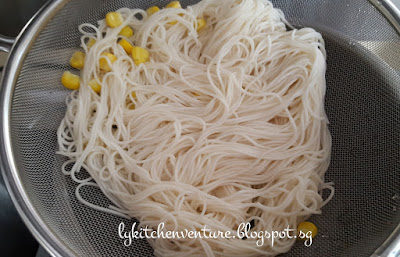 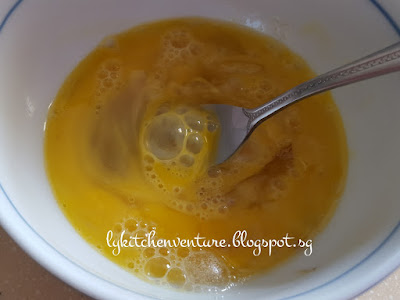 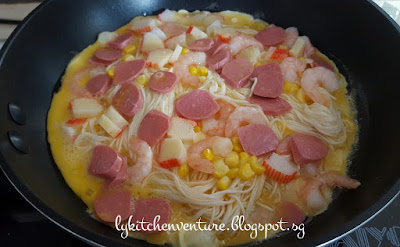 4. Slide the omelette onto a plate and pour in the rest of the egg mixture into the frying pan. Give it a quick swirl so that it is spread over the pan. Quickly add the vermicelli omelette with the cooked egg layer facing upwards back into the pan. Give it a light press to 'seal' the eggs together.

5. When done, slide vermicelli omelette onto a serving plate. 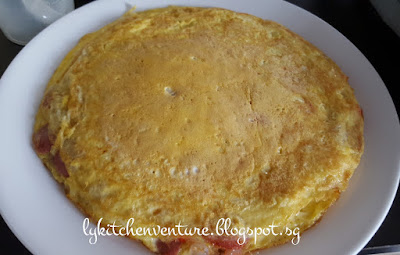 6. Sprinkle some spring onion or parsley and serve! 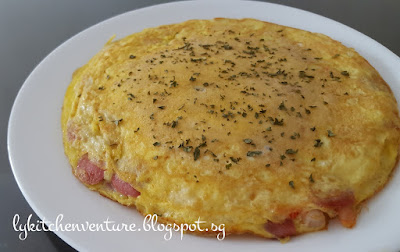