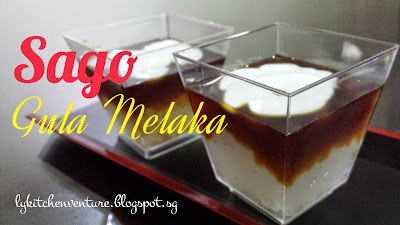 I've never tried this dessert before until a colleague raved about how yummy this was. We were at a buffet table and they were serving Sago Gula Melaka as one of their desserts. I tried one, went for a second helping, and there was no turning back. It's a refreshingly rich dessert, but very addictive. Well, for me at least.

I've had cravings for this dessert at times but have not gotten down to making it myself...until my friend shared how easy it is to 'assemble' this dessert. Thoughts of how refreshingly delicious it would be to slurp mouthfuls of sago lusciously soaked in gula melaka syrup and coconut cream kept surfacing in my head. I made sure I made a trip to the supermarket to get all the ingredients to make this dessert. 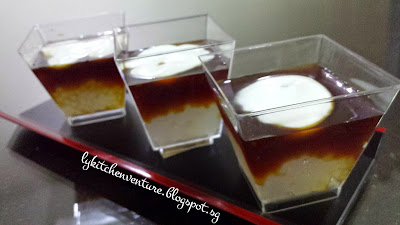 It's so easy to make and so good to eat!! 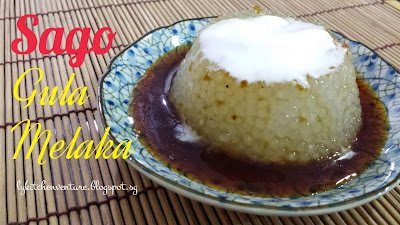 150g coconut cream (I used Kara)
A pinch of salt
3-4 pandan leaves, rinsed and tied into a bundle

2. When done, pour the gula melaka syrup into a bowl or container and leave it to cool completely.

3. When cooled completely, keep in the fridge till ready to serve the dessert.

2. Remove from heat and strain the coconut cream into a small bowl.

3. Let it cool to room temperature before storing in the fridge.

Cooked Sago Pearls
1. In a pot of boiling water (make sure water is filled to at least half the pot), add in sago and cook at medium heat for about 10 minutes till sago turns semi-translucent (almost translucent with white dot in the center), making sure to give it a stir once in a while so that they will not stick together. Remove from heat and let the sago sit for ten minutes until the sago is clear and translucent. 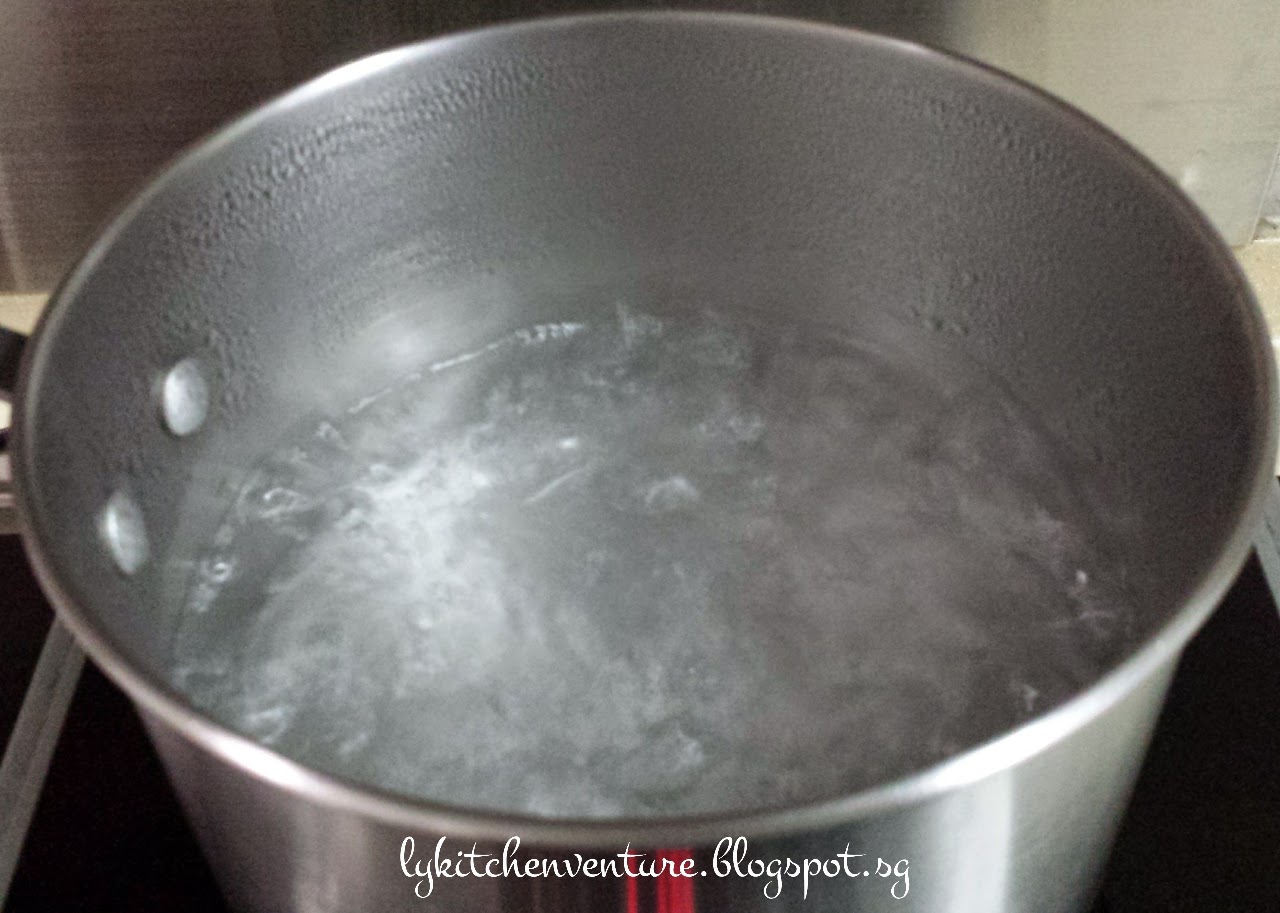 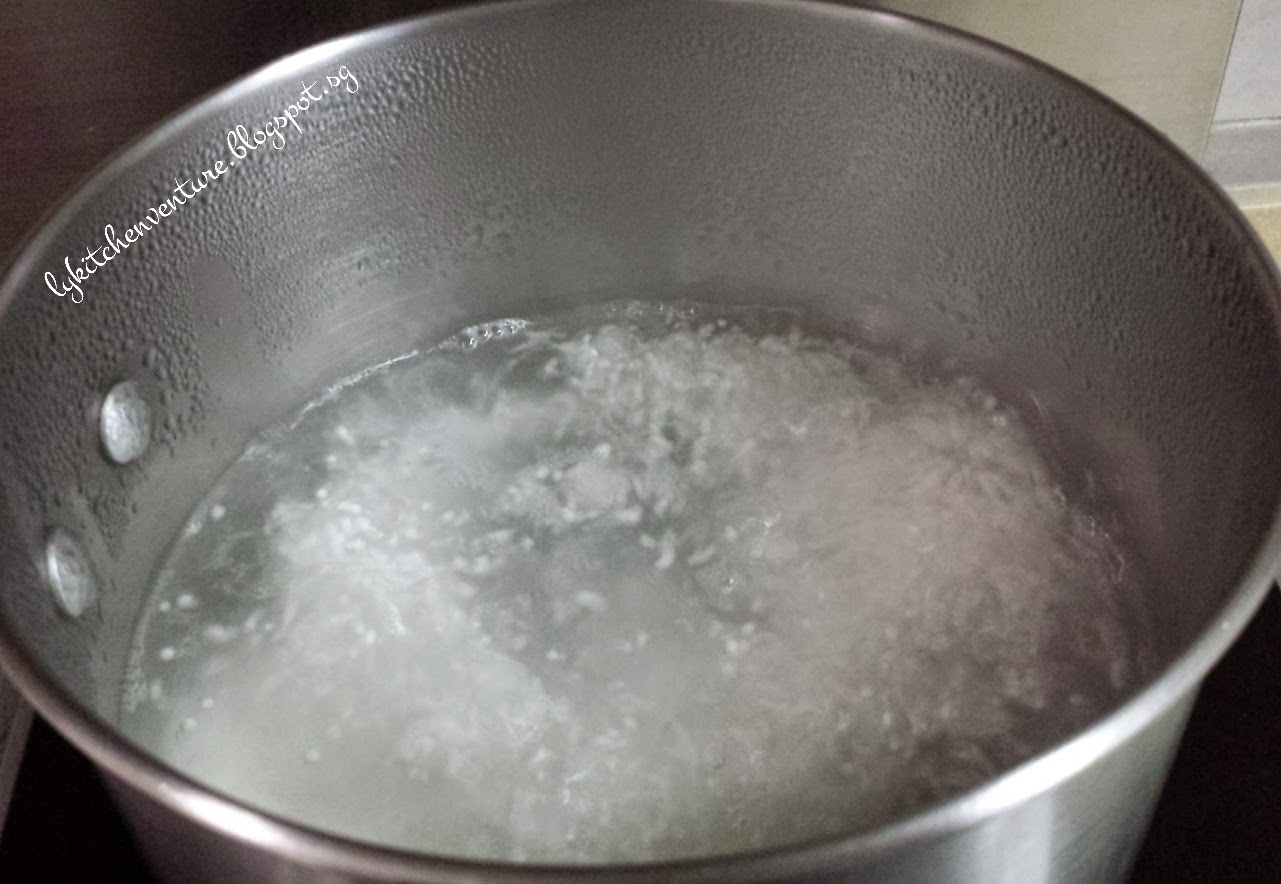 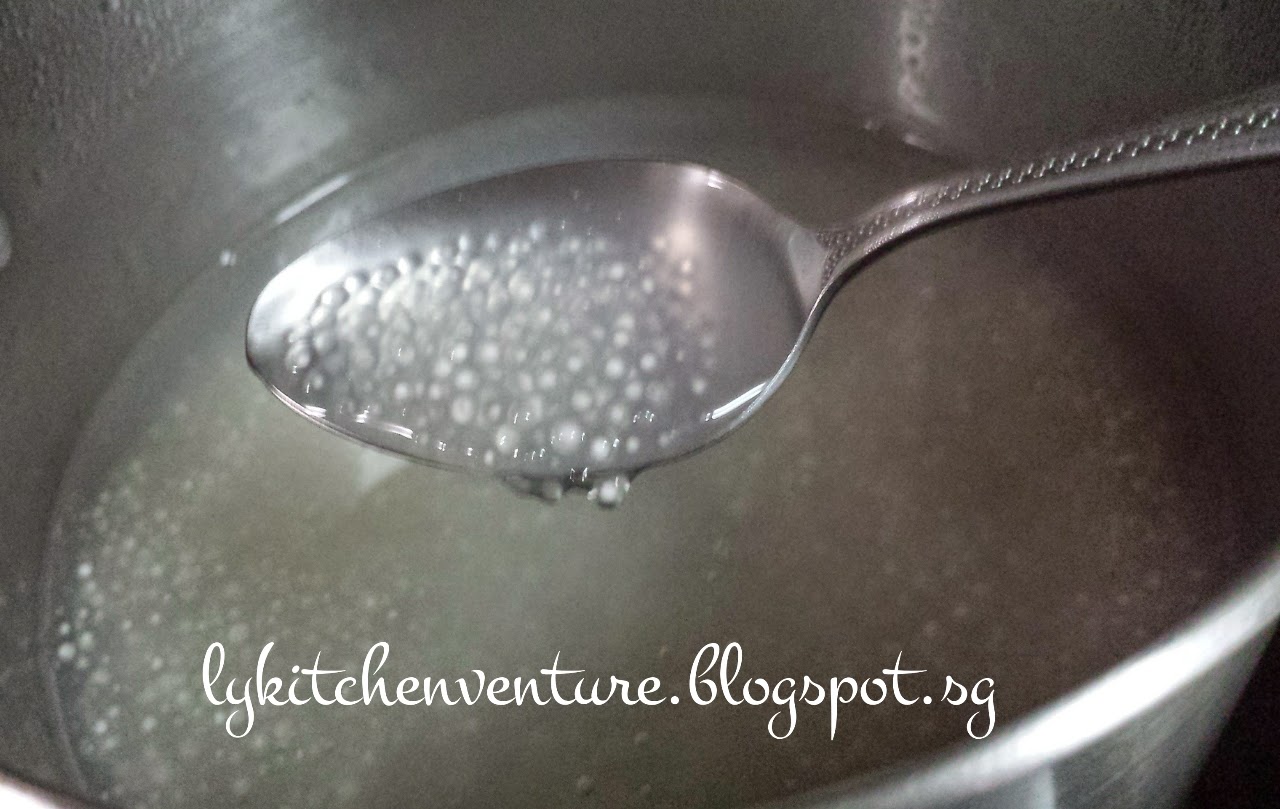 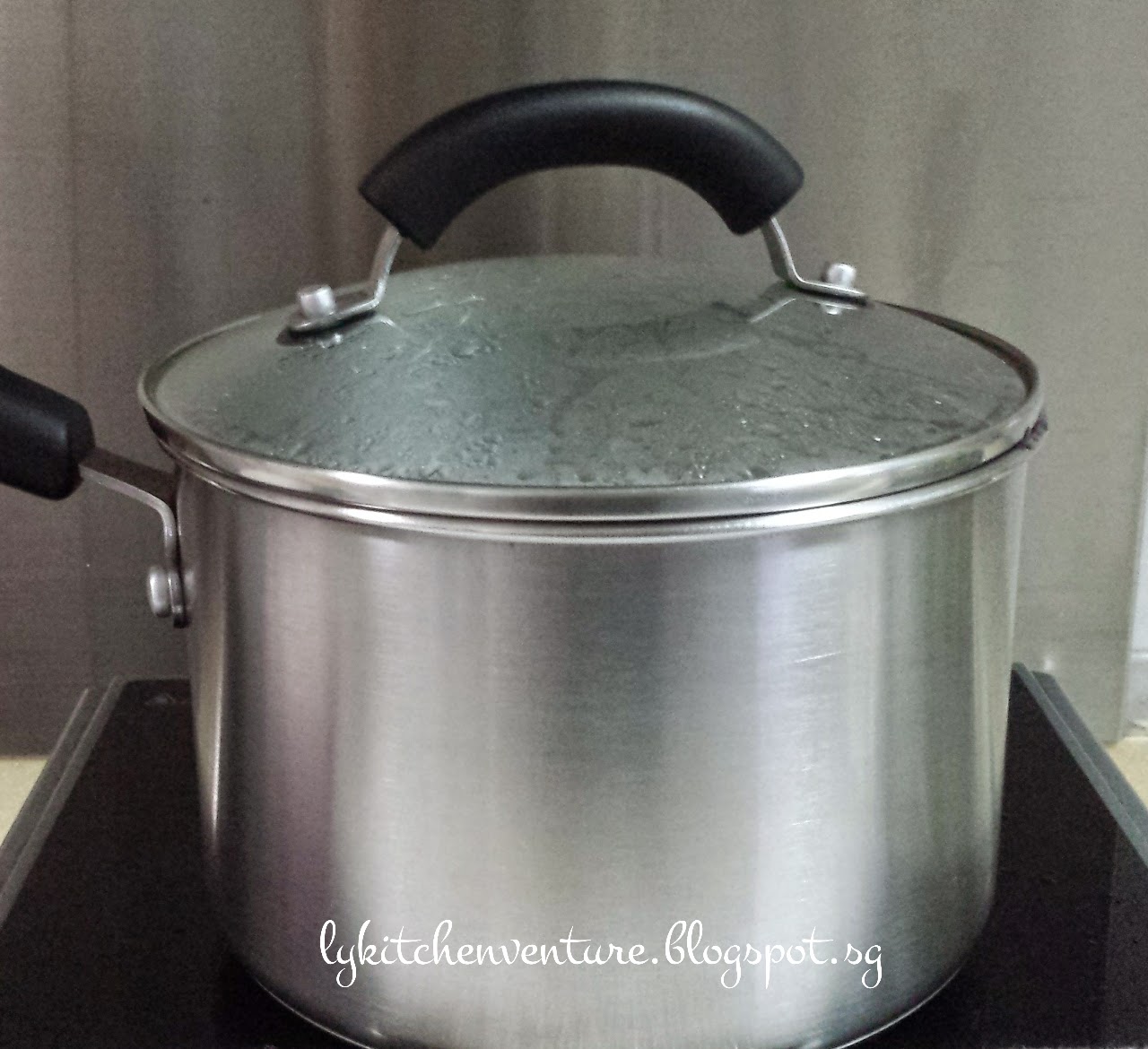 2. Drain the sago in a strainer. 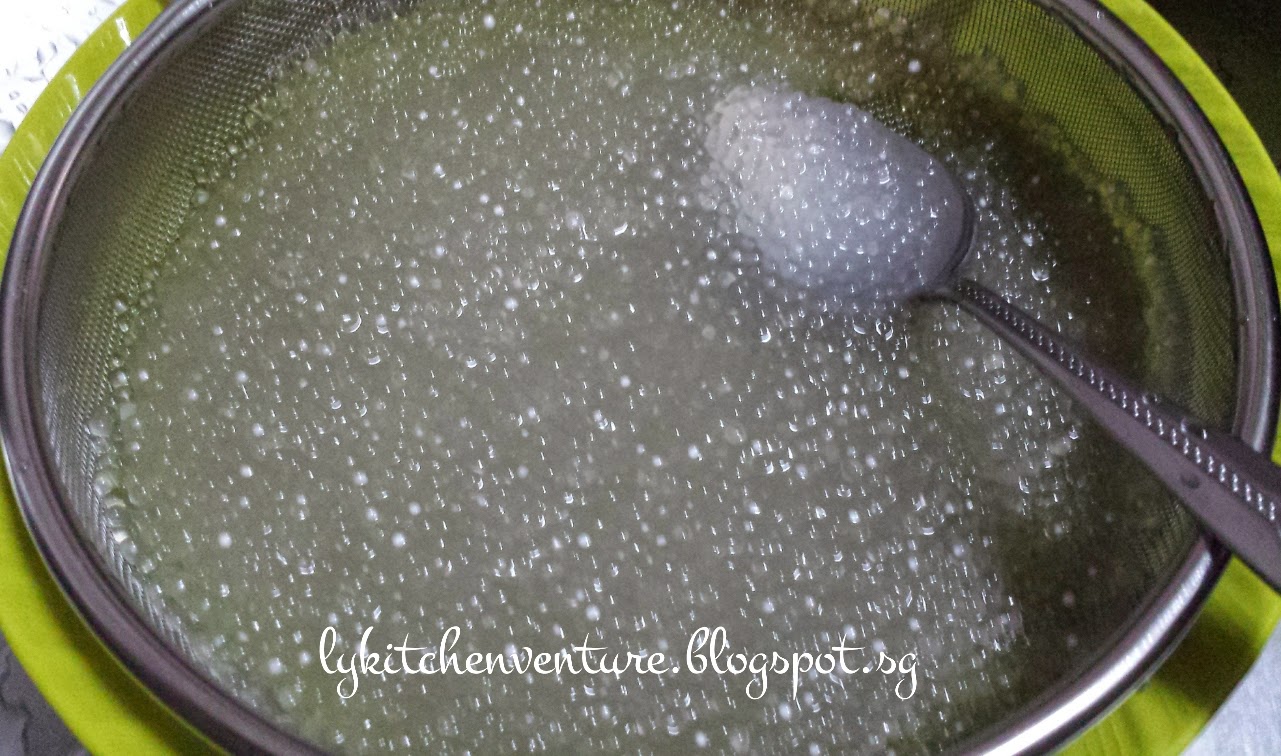 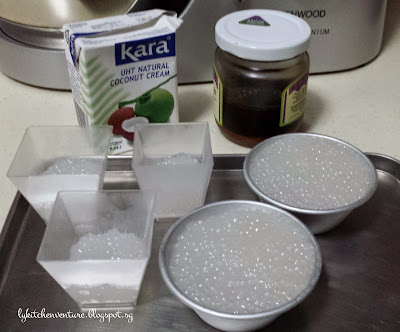 4. Let it cool down before chilling in the refrigerator for at least 2-3 hours over overnight.

Assembly
1. To serve, unmold using the handle of a spoon or paring knife to run around the perimeter of the molds and dislodge the sago pearls into a serving bowl. (No need to do this step if cooked sago pearls were spooned into serving glasses/containers.) 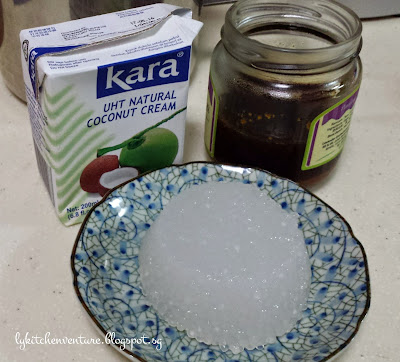 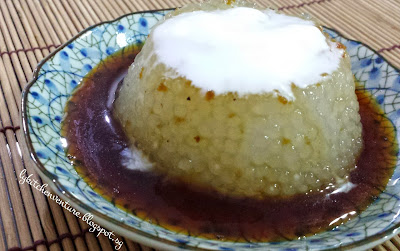 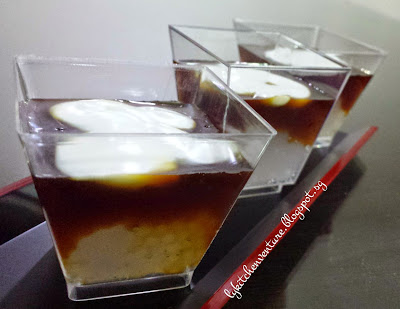