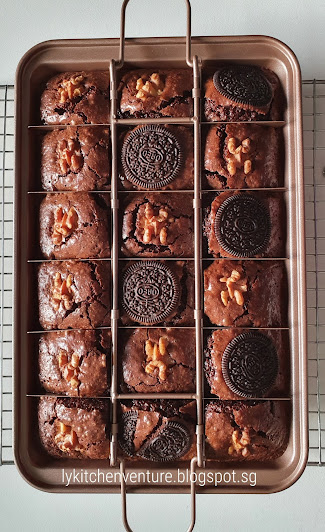 I baked a tray of fudgy brownie a few weeks back after the passing of my aunt. She had a big influence over my interest in baking as I used to watch her bake when I was much younger.

I'll always remember how my cousins and I would be her 'helpers' whenever it was time to make Lunar New Year goodies. We were most happy to 'lap up' any broken pieces of cookies then. :)

This fudgy brownie recipe shared generously by an avid baker (Barry Apek) is a must try.

The addition of raisins gave the brownie a 'rum-like' bite, so I would highly recommend the inclusion unless you are not a fan of raisins. 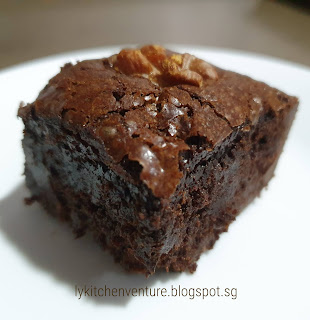 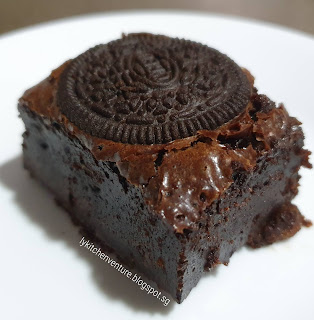 I'm dedicating this bake to my aunt Honey... 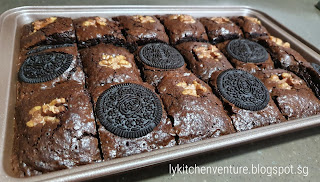 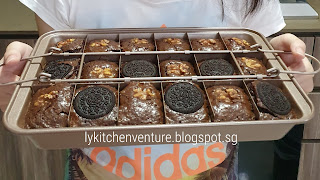 1. Melt butter and chocolate by double boiling. Set aside. 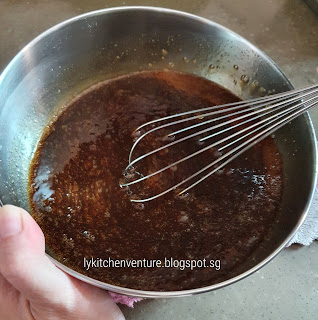 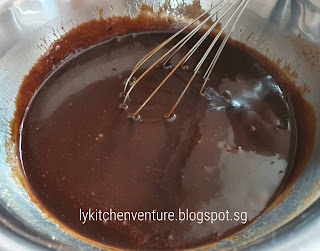 3. Add in cooled chocolate mixture into the egg-sugar mixture and beat till fluffy.

4. Fold in flour, cocoa powder and raisins till incorporated. (Do not overmix) 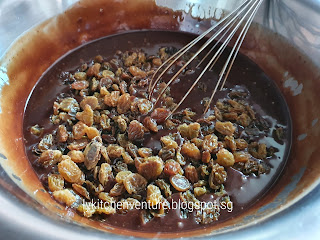 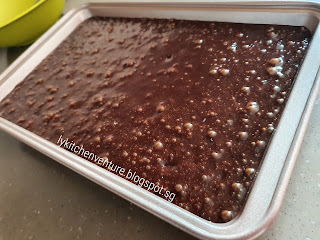 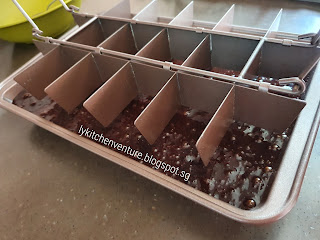 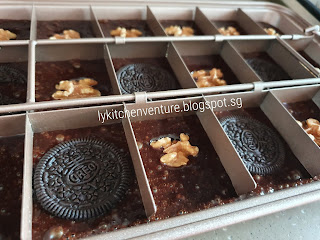 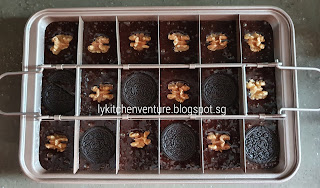 6. Bake in preheated oven at 170C for 35 minutes or when a skewer inserted comes out with sticky crumbs. 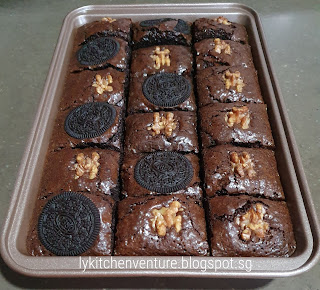