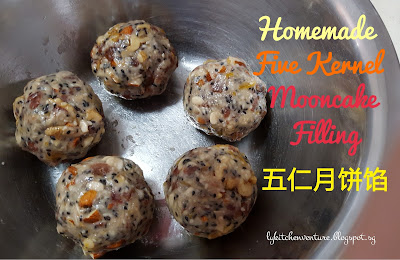 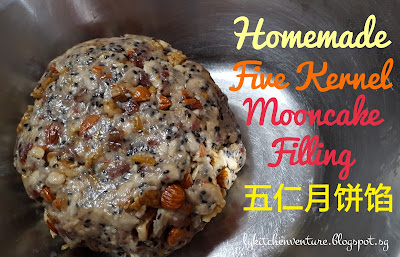 
Method:
1. The nuts and seeds are toasted in the oven at 150C for 5-10 minutes. Keep an eye as nuts can burn easily. Chop nuts after toasting. 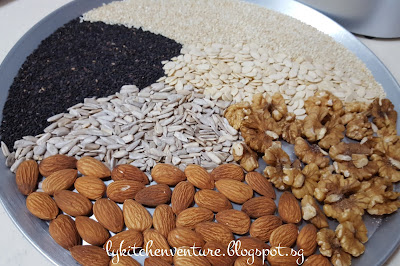 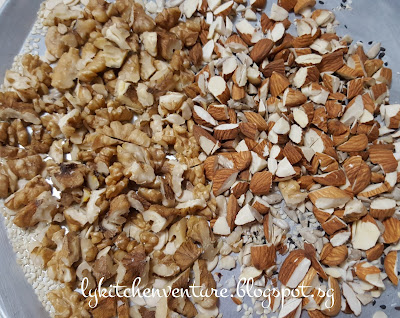 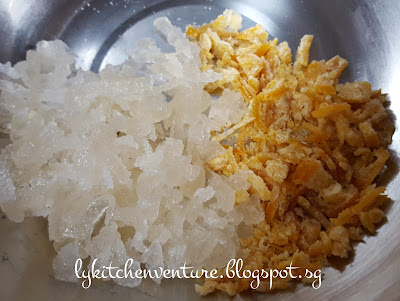 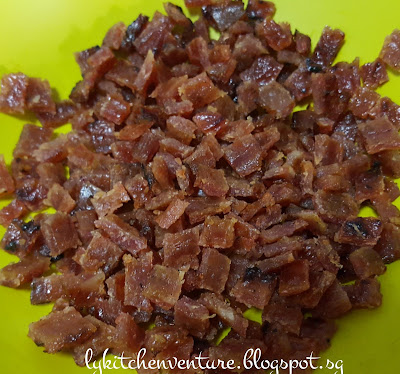 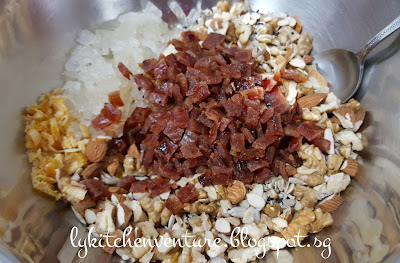 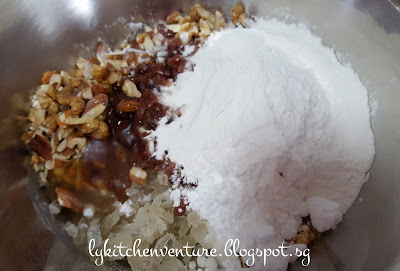 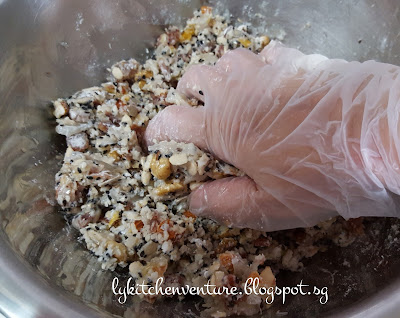 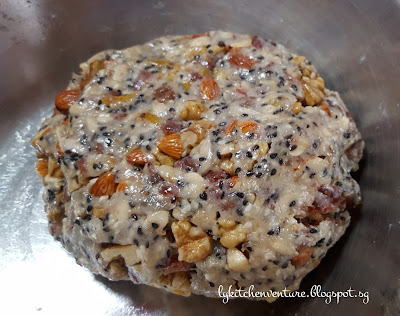 4. Divide and round them into balls of required sizes. (I rounded them into 5 balls of 110g each to make big mooncakes.) 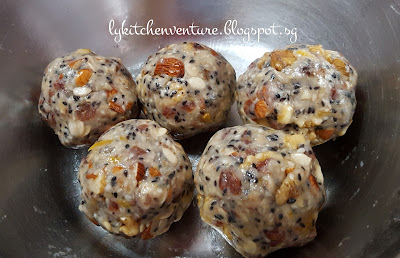