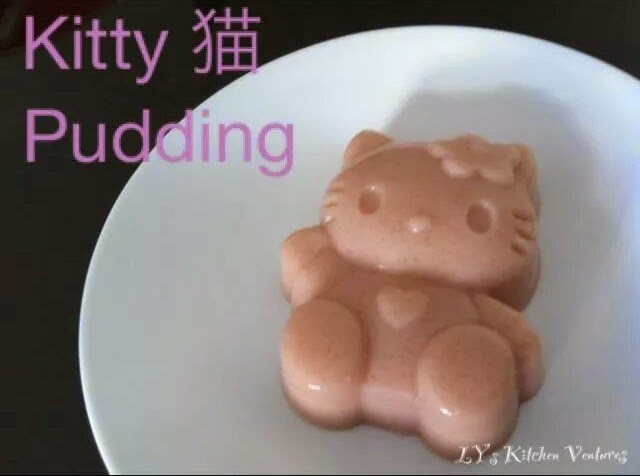 My girl was sharing with me she liked the agar-agar that I bought. That's when I decided to try making a special dessert using her favourite Vitagen drink and the Hello Kitty moulds I bought from Sun Lik.

I used the grape flavoured Vitagen as that's her favourite and added evaporated milk to make it richer and milkier.

It turned out to be really refreshingly good. My girl's face was also beaming when she saw that it's a Hello Kitty!

Method:
1. Put agar-agar powder and sugar into a pot with 800ml water.

2. Bring to boil. Make sure to stir constantly.

3. Stir in vitagen and evaporated milk.

4. Using a ladle, scoop the mixture into the moulds.

5. After it is cooled for about 10 minutes, put it in the fridge to set overnight.

6. When the pudding is set completely, turn out from the mould and serve.