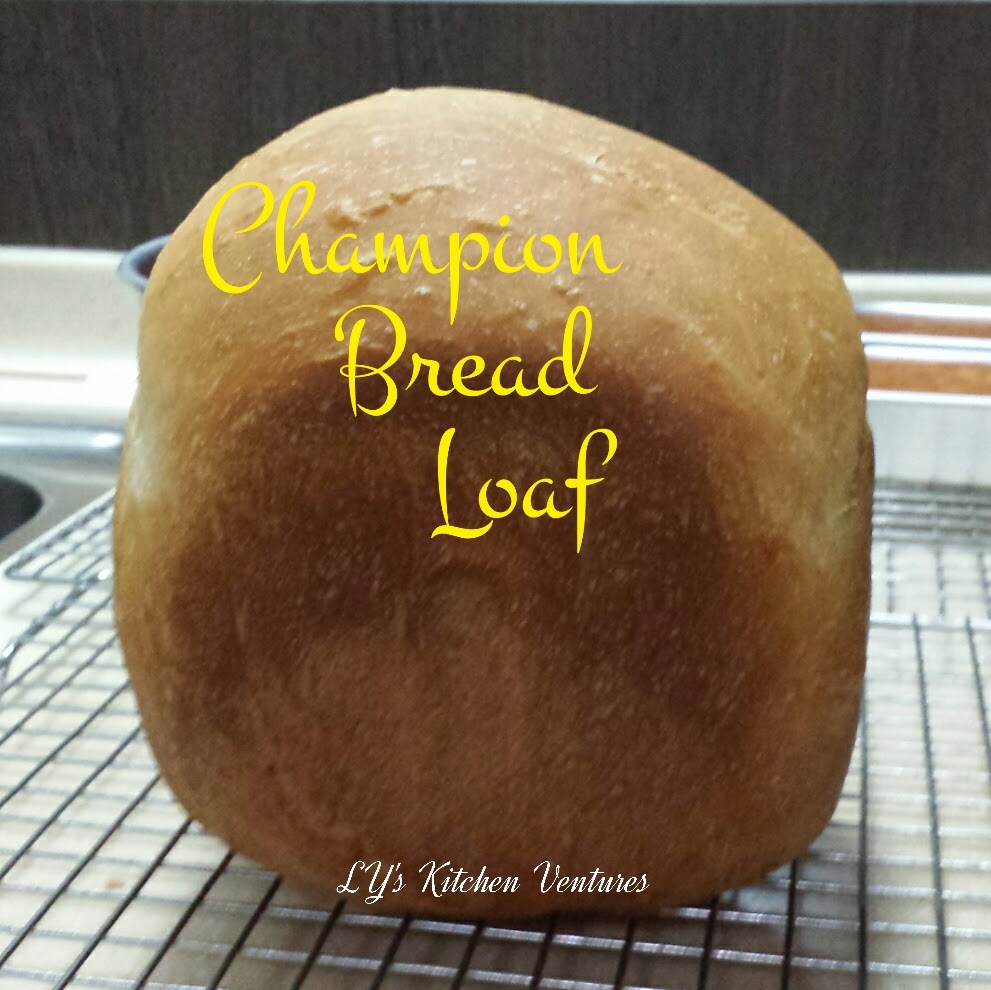 I've been baking bread using my Zoji breadmaker ever since I've bought it half a year ago. So far the recipe used yield soft and fluffy bread. The only problem was I find that they becomes rather dry and stiff after a day even when stored in an air-tight container. So I was really excited when I saw Victoria's post on Wu Bao Chun's Champion Toast (吴宝春金牌土司) and decided to give this bread recipe a try.


Who is 吴宝春? He is a Taiwanese baker who had been awarded 'Master de la Boulangerie' in the European-style bread category of the 2010 Bakery Masters competition in France.

This bread recipe is definitely a keeper! There is no need to use Tang Zhong for the bread to stay soft and fluffy more than a day. This is one recipe that I will be using for now. It is a simple straight dough method. I used my Zoji breadmaker to bake this bread. The bread turned out super soft and fluffy on the first day of bake. What's more, it stayed soft and fluffy for the next 2 days stored in an air-tight container!!

1. Place all ingredients into the pan except butter based on the sequence listed above or by following your breadmaker manufacturers' instructions regarding the order of liquid/dry ingredients.
(I'm using Zojirushi breadmaker. I placed all the wet ingredients first, followed by the dry ingredients. Make a dent at the centre of the flour and pour the yeast in the dent last, making sure the yeast does not touch the liquid, sugar and salt.)

2. Make the mode selection for your breadmaker.
(For my Zojirushi breadmaker, I chose the 'soft' bread mode which takes 3 hours to complete.)

3. Press start and the machine will start kneading the dough after resting for 15 minutes.

4. When the machine has knead for about 6 minutes, add in the butter.

5. Let the breadmaker do the rest.

6. When the bread is done, remove the bread from the pan immediately and let it cool completely on a wire rack before slicing.